Living Under the Underpasses 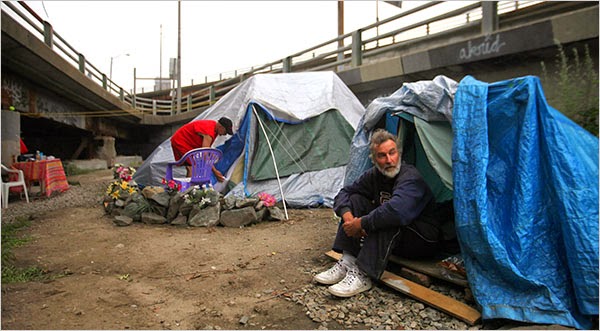 A-Z Challenge = U=Underpass, Uncomfortable and Unwanted, Urban
These homeless leaving between and under underpasses and bridges may be some of the luckier ones. They have some supplies, some shelter, and a small community.  At least they did when the photo was taken.  These areas are often very temporary, until someone complains, the police forcibly move them or until they feel unsafe and move to another area. 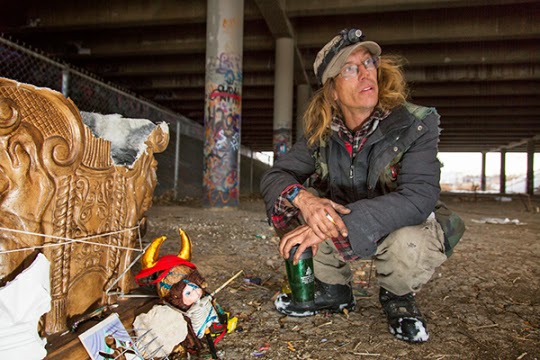 Some have less, not much more then the clothes on their back; but still shelter from both cold rain and snow, and summers hot sun. 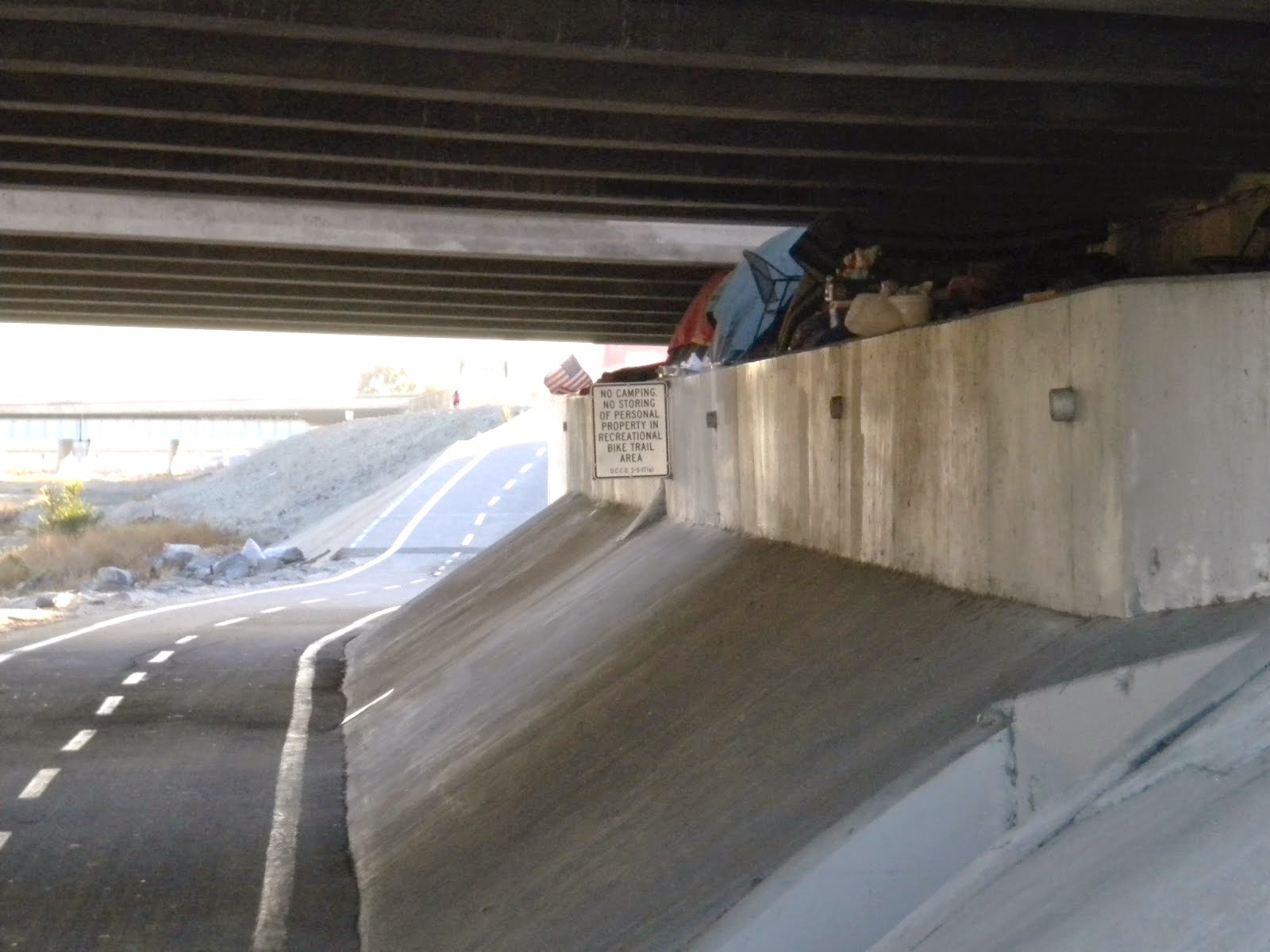 Some leave their supplies covered (click to enlarge to see the supplies up in highest part of the underpass) during the day while they forage or find space inside for a few hours of relief, coming back to the cold dark and very noisy underpass areas for the night.  Can you imagine the noise and smell of the cars going by all day and all night? 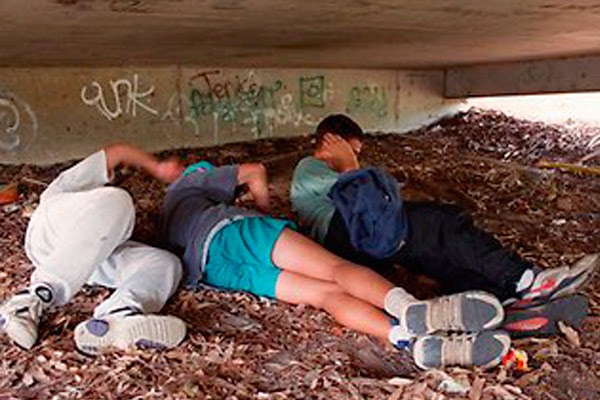 Speaking of noise, see the young man on right covering his ears.  I don't supplies in this picture.  Perhaps they have found a spot for a temporary nap.  Sleeping is something very difficult for the homeless, as they are rousted typically multiple times a night.  It's thought to be sometimes the source of why they act irrationally, they are sleep deprived. 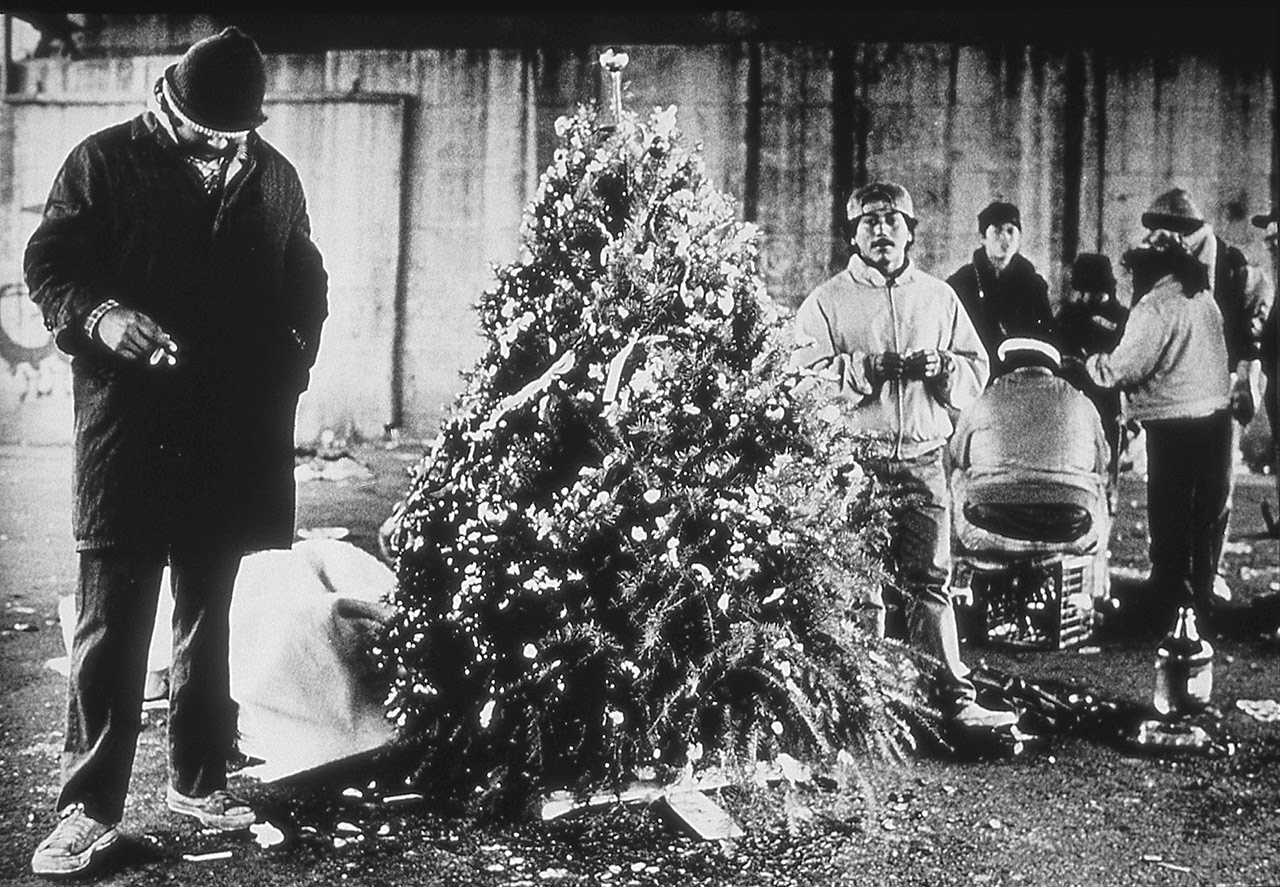 Some have found what appears to be more permanent shelter and companionship under the underpasses and bridges. 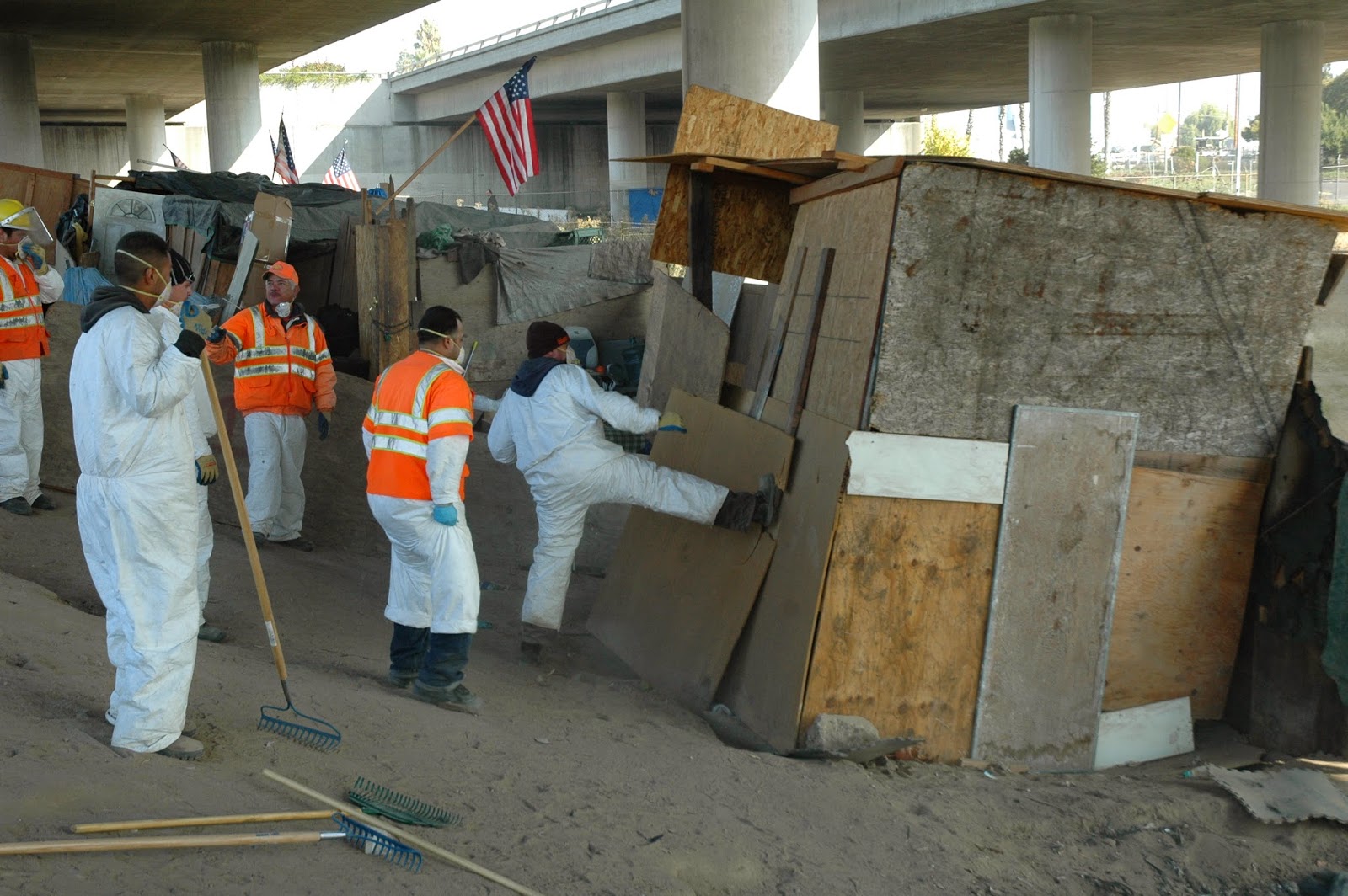 Obviously some actually had structures, shelters they built under bridges and underpasses; until the city crews dismantled them.

Cities and their Police force are constantly working in tandem to move homeless, to discourage homeless from collecting.  Some say it's a health issue, trash and human waste; others say it's a crime issue, others say it's just inhuman and wrong. Some are taking preventive measures.  Homeless certainly can't sleep or sit, or even stand where businesses have installed these and other similar "You're Unwelcome Here" measures.