Tent Cities for the Homeless 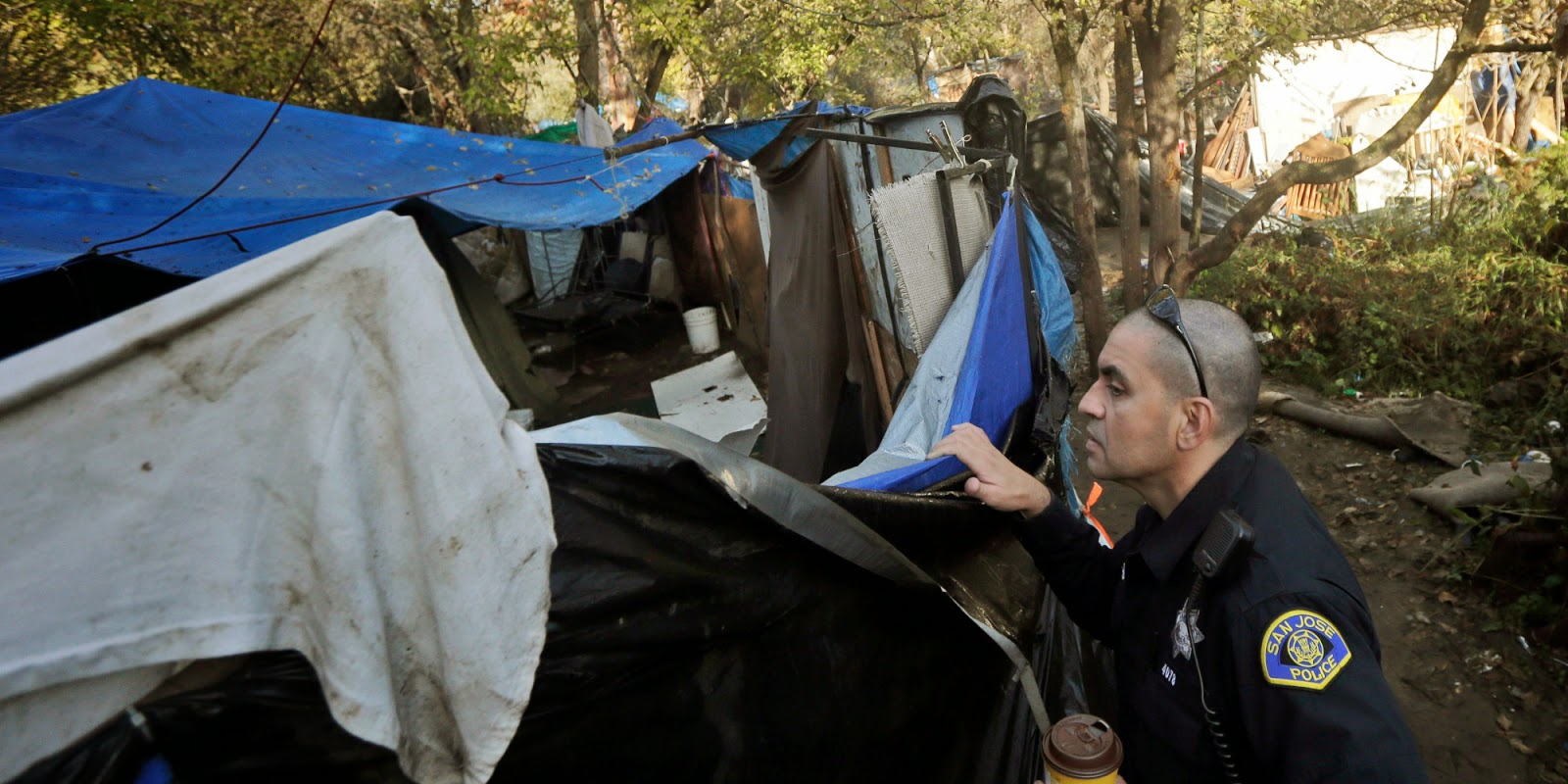 Tent cities spring up near railroad tracks, bridges, underpasses and wooded areas.  They can be quite small with a handful of homeless, or larger inside large city limits. The above picture is a make shift tent and if you click you can see others behind in the woods.  Obviously, the police are checking something out.  In many areas they are told they can't be there, they're on someone's land, it's a health hazard.  Sometimes they're arrested and the belongings bulldozed.  Some communities leave them alone.
Another make shift area in a wooded area. 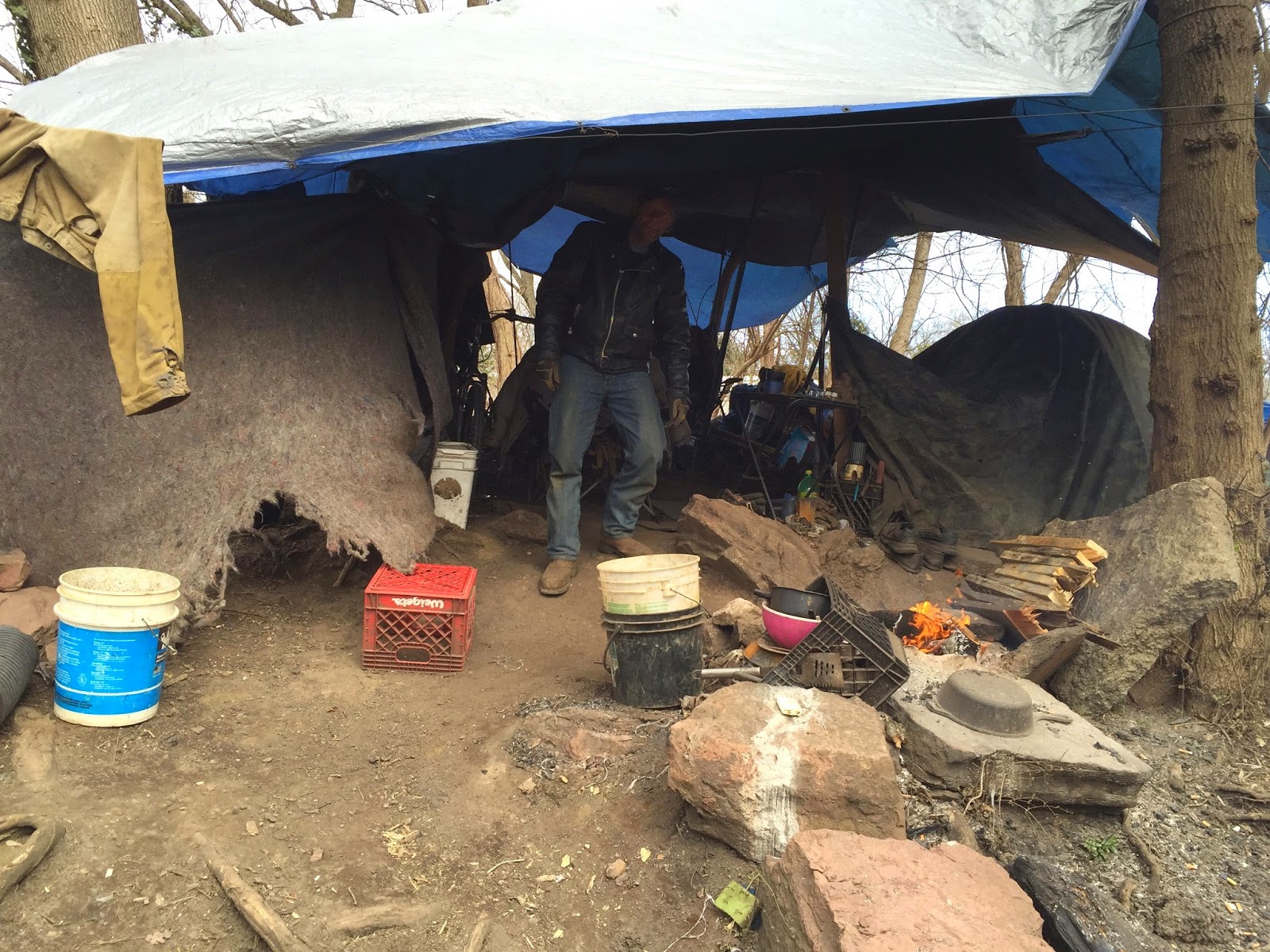 Not a great way to live, but some actually feel safer in these tent cities then inside at shelters because they can control the situation and who's there.  And there's never enough room for everyone at shelters so people try to live in little groups, looking out for each other, and each others stuff. 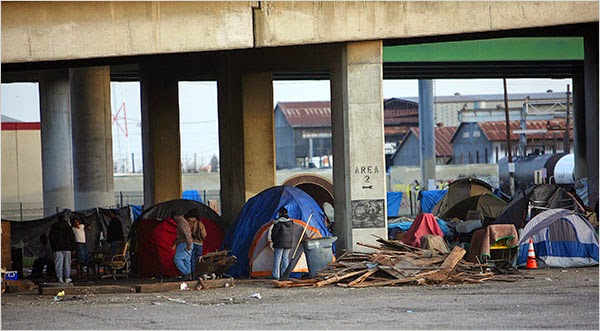 In cities, the tent cities tend to be more like this, actual tents that people have given them.  Some pile their goods up during the day and as night falls the tents pop out.  Nationally, local governments and police are cracking down on the tent cities.  Some communities are building additional shelters once they realize the numbers needing housing.

It's a catch 22, many have no where else to go, yet they don't, in most cases have the legal right to camp wherever they choose.  A difficult problem.  Some reports suggest abandoned houses ought to be utilized to house homeless, some are building little houses that are merely a place to sleep in locations where tent cities used to be. 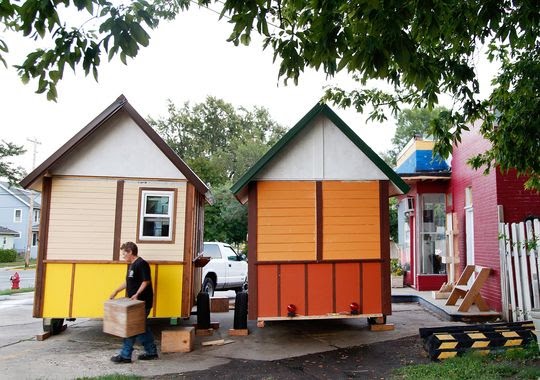 Certainly these look nicer then the tent cities, how they would be maintained might be a question.  But variations of these little houses are popping up in small groups around the country as a means to help. 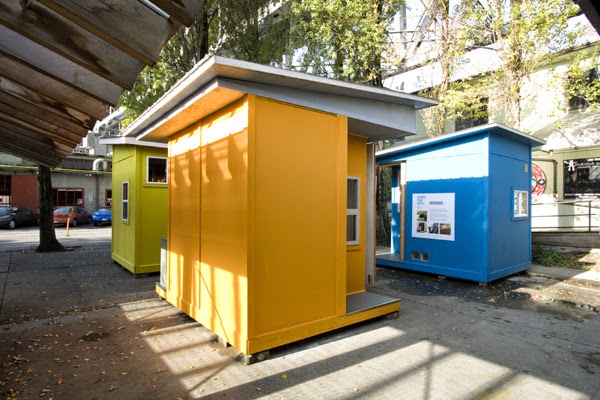 These appear to be on wheels and are almost a dumpster type size.  I saw pictures of some that were half as tall, meant to be a place to sleep made from dumpster and storage crates.

I don't know if this is a good solution or one that will catch on and be sustainable, but it's a start and I think it's good to see something being done that's positive.