The map above represents cities that have signed onto The Major Challenge to reduce homelessness of Veterans in their communities.  Michele Obama spearheaded this program in June of 2014.  The programs tracks the Vets in order to know how many there are, whether or not they've found housing and or are still homeless.  Reducing the number of Homeless Veterans was a goal of President Obama's since 2009.  The data in 2014 indicated Nationally, there was an average of 49,933 homeless Vets in a single night, those numbers are down 14k from 2013, and 33% lower then there were in 2010.

Homeless Vets can be as anyone from WWII forward, though stats indicating Veterans of Vietnam may be the most at risk. 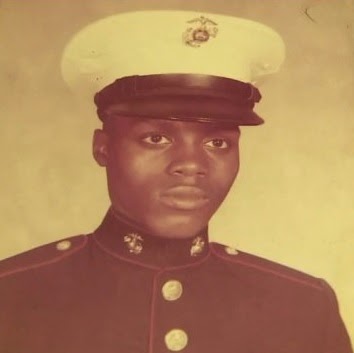 Jerome Anthony Murdough was a US Marine.  This man died a very sad death at the age of 56 while in custody in New York's Riker's Facility.  What happened to him, sadly  represents a trend around the country.  Homeless are treated as criminals, arrested rather than helped.  The report I read indicated 3 major mistakes took place, causing this man.......this Veteran's death.

Marine Murdough's mother wasn't even notified until contacted by a news agency 1 month after death of her son.  She is suing the officials. 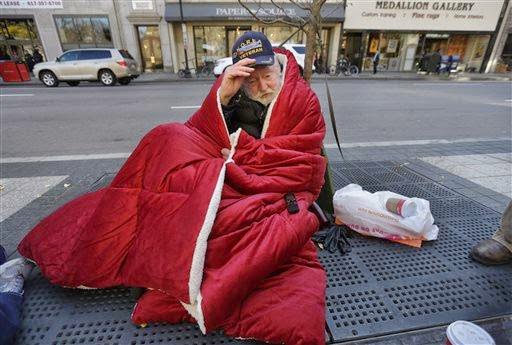 Another Veteran, homeless, trying to stay warm by sleeping over a grate where some heat is possible.

Vagabonds and Vagrants are other words that are used to describe homeless people.  The definition for both is a person without means of support, without a permanent address, who moves about.  Sad definitions for our Veterans, don't you think!  Why are they not properly supported?  The next time you hear someone say all homeless are lazy bums, PLEASE tell them they don't know what they're talking about.

If you missed it previously my E post found HERE,  was also a story about a homeless Veteran.