Crying and Homeless and Freezing Temperatures 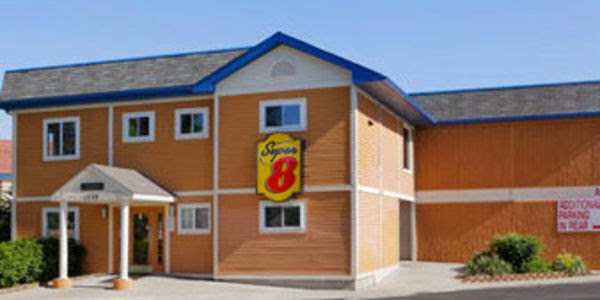 Valentines Day George and Joyce Gruss were traveling through Columbus and stopped for a bite to eat at Wendy's on Route 161, right off the freeway with the intention of eating and moving onto their destination.  They noticed a couple near them and the woman was crying.  They seemed very low and down and out and so Joyce and George asked what the problem was.  The couple was homeless, had missed the curfew at the shelter and had no place to go.  It was 8 degrees, with a prediction of going lower as the night progressed.

Wanting to help the couple they took them to a nearby hotel, also on Route 161, The Super 8, and got the couple a room for 3 nights to keep them out of the cold.  They prepaid for the room and left thinking the couple would have a few days reprieve before making their way back to the shelter.   An hour later while Joyce and George were in no longer in Columbus and well on their way, they received a phone call from the hotel saying the weren't letting the couple stay, they were kicking them out.  The couple didn't have any identification.  So, out in the  freezing cold in what was the beginning of the coldest weather of the year the couple went.  No one knows what became of them, or where they went, of if they are ok.  The hotel initially didn't even refund the Gruss's money.  After a large out pouring of negative publicity on social media, their money was refunded.  Super 8 is owned by The Wyndham Hotel Chain.  Petitions gathered large numbers of signatures, again through social media to call this sad fact to the attention of the hotel chain and the general public.  The hotel chain has apologized, but....

The George and Joyce have tried to locate the couple, both by coming back to Columbus and through social media, but my research hasn't turned up anything on that score.

The hotel has had problems before.  Lots of problems with drugs and prostitution.  In fact the hotel had been closed for a period 6 months because of such problems and they were under some pretty tough court guidelines of appropriate action in order to stay open.  They had some business problems, perhaps management problems no doubt.  Does that justify sending a homeless couple out in the freezing cold ...the public outcry would say NO!  Social media can be a wonderful tool.

Yesterdays post, another sad story of being homeless, freezing and dying from exposure, so I do wonder what happened to the couple.